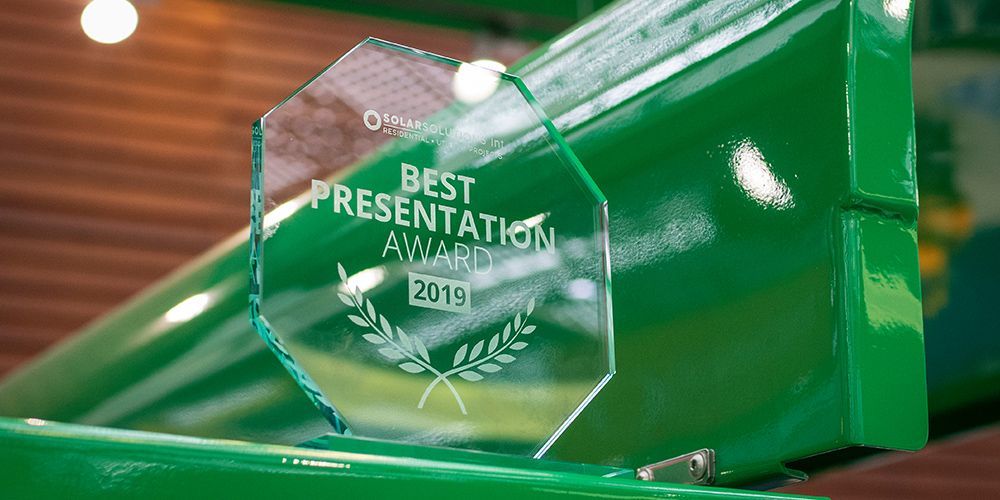 The Solar Solutions International Best Presentation Award will be presented to the company with the most beautiful stand, as determined by an independent jury. The jury will base its decision not only on the stand design, but also on the interplay between the stand and the stand personnel. The Solar Solutions International Best Promotion Award will be presented to the company that has waged the most effective promotional campaign, as measured by the amount of visitors who registered through the company’s unique invitation code.

For Exhibitors
Manage all aspects of your participation and discover how to get more out of the show.

For Press & Media
Request your free ticket and download the media you require.